A 90-Day Immediate Roadside Prohibition (IRP) may be issued if the police believe you failed a breathalyzer test or you refused to blow into the device at the roadside. If you have received this notice, your license will be taken away, and you will be prohibited from driving for 90 days. Your vehicle will also be impounded for 30 days, and you will be required to pay the towing and impoundment fees.

In addition, you will likely have to complete the Responsible Driver Program at a cost of $880 and have have an interlock device installed in your vehicle at the cost of $1,700. You will also have to pay for the installation and service fees for the interlock device, which can grow to the total cost of approximately $5000.

If this has happened to you contact a criminal defence lawyer immediately. You have 7 days to challenge the IRP and associated penalties to the Superintendent of Motor Vehicles.

Michael Bloom is an IRP defence lawyer, and he knows how to successfully challenge this type of driving prohibition and its related consequences. If your review is successful, you will be able to avoid all penalties and have your license reinstated.

The law defines “drunk driving” as follows: operating a motor vehicle while having the care or control over that vehicle, while one’s ability to operate that vehicle is impaired by alcohol or a drug. There are three charges associated with drunk driving:

The consequences associated with these charges are significant. If convicted, the minimum sentence is a 1-year driving prohibition, and fine of $1000.

If convicted you will get a criminal record and you will be required to complete the Responsible Driver Program at a cost of $880 and have an interlock ignition device installed in your vehicle for one year at a cost of $1,700.

There are other costs associated with these measures that can grow the total cost to approximately $5000. In addition, if this is not your first conviction, or you are involved in a motor vehicle accident, jail time will be asked for by the prosecution.

If you have been charged with drunk driving, do not plead guilty without contacting a criminal defence lawyer. Each drunk driving case is unique, and extremely technical.

Unfortunately, often a person accused of drunk driving will plead guilty before affording themselves the opportunity to properly defend themselves.

Driving while prohibited is a charge that if convicted can range anywhere from a $1000 fine to time spent in jail. In addition, you will be prohibited from driving for at least one year. If you have been pulled over by the police and charged with this offense, contact a criminal defence lawyer as soon as possible. A skilled defence lawyer will know how to challenge the prosecutor’s case against you and in many cases having the charges dismissed.

Dangerous driving is defined as: a “marked departure” from the kind of driving that society expects from a reasonable person. A person can be charged with dangerous driving even if they did not drive dangerously and even if no harm was caused.

If you are convicted of dangerous driving, you will live the rest of your life with a criminal record, and you will have your license revoked for at least a year, also insurance companies could deny you insurance for many years.

Dangerous driving charges are often prosecuted using civilian-witness testimony. This evidence is often proven unreliable with the support of a skilled defence lawyer and proper cross-examination of these witnesses.

Driving without care and consideration is legislated under the Motor Vehicle Act. It is not a criminal offense, however, it can still bear substantial consequences including a fine ranging up to $2000 and a lengthy prohibition from driving.

As a driver, you have a responsibility to ensure that you are exercising all the care and attention necessary to be a safe road user. The Crown must only prove that you were driving without due care or without consideration to have you convicted of this charge. The onus is on the defence to prove that the driving was done without negligence or fault on your part.

The B.C. government has commenced a plan to crack down on drivers who break the law. Traffic tickets, such as a speeding, or talking on a cell phone are on the rise.

The penalties associated with traffic tickets include significant fines and points.

If you reach 10 points over the course of a year the Superintendent of Motor Vehicles will suspend your license. In addition, your driving record will indicate these violations and this could effect your employment and cause other problems down the road.

If you receive a traffic ticket contact a defence lawyer as soon as possible. Often, there is a 30-day period to dispute the ticket.

Michael Bloom knows how to successfully navigate and defend all kinds of driving offenses. If successful, you will avoid all fine and penalties and your driving record and right to drive will be preserved.

Call (604) 603-5513 or fill out the form on the Contact page  to schedule a free consultation with regards to driving offenses. 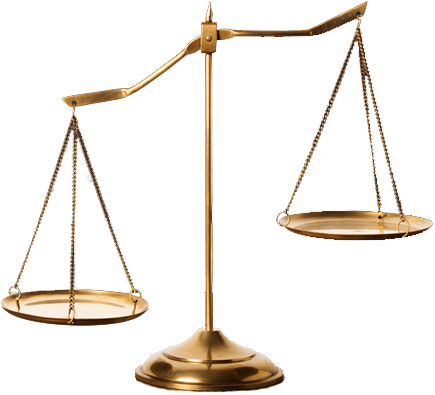